I was just going through my blog and I realized that it’s been a while I posted some humorous incident which happened in my life, after all the true purpose of this blog is to confess. Today, I was riding my scooter to Anirudh’s place, and due to the heavy traffic, I had to take some shortcuts, and I passed by a house and many old memories flashed into my mind. Out of all, I came across this amazing incident which happened in my life, in fact its hard to believe that I completely missed it out and didn’t post it before.

The year was 2006, I was in 9th grade studying at Royale Concorde International School, Bangalore and so was Anirudh Menon. Out of all the 24 brilliant students of our class, Anirudh and I was really good in Math and Physics that we continuously scored the least possible marks in all our examinations and tests, hence both our parents realized that its high time we received special assistance from an external source to pass our exams. People like Akash Nair, Revathy Ravindranath, Neville Craig, Yogesh Lalmalani, etc were class toppers and I seriously used to get jealous often gawking at their scores.  Anirudh stayed very close to the school, and I was put up in Kempapura, around 12 Km from our School. There was this absolutely fantastic tuition master residing just next to our school. So we decided to seek his assistance.

Our class usually gets over by 3:30 PM, and the tuition was at 5:00 PM. Going back home and coming again for the special class was a tedious task, hence I decided that after class, I will hang around with Anirudh till 5:00 and then go for the classes together. Anirudh had joined the classes couple of weeks before me, hence I inquired about how the class and the tuition sir is and he gave me an absolutely convincing, positive feedback.

First day of the class, we didn’t have school that day, hence I reached there at 5:00 PM sharp, and Anirudh said he will join me there directly. At 5:00, I called up Anirudh and he said, he is getting ready, he will be there in another 5 minutes or so and asked me to start with the class. I went to the place and pressed the switch for the door bell where there was a big, rectangular board which read “T.P.K. RAMAN,” the name of our tuition sir. A lady in a housecoat, opened the door, and I told her that I was here for Math and Physics tuition. The lady smiled, and asked me to come in. The house was literally jam-packed with electronic items like Televisions, refrigerators, Computer Monitors, Radio, etc all stacked up wall-to-wall, waiting to be repaired. I sat there for ten minutes, and an old man, probably 5’10 ft tall, in his early sixties, walked in to the lobby from his bedroom. His face clearly revealed extreme stress and disappointment that he was just woken up from his afternoon nap by that lady who opened the door earlier, probably his wife. He walked in to the room without even washing his face, I doubt he even brushed :P. A typical nerd, I told my self.

He sat next to me and asked me few questions to which I couldn’t answer. Later I realized that he was testing me and showing off his intense knowledge about Physics and Mathematics. He introduced himself as a retired station master, who zealously adored the two subjects. He sounded intelligent and commenced the class and shortly after that , Anirudh joined us.

His class was extremely interesting, not because we understood everything he taught us, but because of his unique gestures, and peculiar attitude and his whimsical mode of teaching amused us.  Few weeks went by and as planned I used to hang around with Anirudh till 5PM, and we used to attend the class together.

T.P.K Raman sir was an electronic genius. I often found him experimenting with his old television set. I once even witnessed him working on with some electrical circuit, which ended up having the TV catching fire and the room filled in with black smoke and his expressionless face growling “Ayyo, Oh Nooo”.While teaching geometry, T.P.K Raman requires his customized set of instruments which you can never find in any of your geometry boxes.  Normally, we use a compass to draw a circle but T.P.K Raman has got a customized plastic lid with a handle, which he refers to as “Circle” and he proclaims that to be his own sweet genius invention. When ever he couldn’t find his “Circle”, he used to shout at his wife “Ramey, where is my Circle” and she used to quietly bring his instrument from the kitchen.  It looks somewhat like the picture below.

After few weeks, Dharma Teja, another class mate of ours, joined the class. Dharma Teja was a good friend of mine. He was tall, dark, handsome buddy. I enjoyed his company a lot. He found Math and physics a bit tough, hence sought third-party assistance and ended up at T.P.K Raman’s like us.

With Anirudh and me together, we make sure that each and every milli second doesn’t go wasted. We enjoy anything and everything we do together. We used to laugh and crack jokes during T.P.K’s class, especially when ever he mentions “Circle.” Unfortunately Dharma Teja found our little sense of humor, a bit annoying and one day he decides to question us. After the class he came out a bit angry and started pushing Anirudh and used extreme vulgar words and asked him to restrain himself from cracking jokes during class which both Anirudh and me refused with conviction and the fight began. Little bit of pushing and shouting turned into a big fight which lasted for almost 40 minutes. Dharma Teja was decent with me and he was a good friend of mine, and I couldn’t do any thing. But personally Anirudh is my best buddy and I would support him and fight with and for him till my end hence I started playing double-role. I started yelling at them in english “Guys, stop fighting like kids, be a man” and tried moving them apart and I started shouting at Anirudh in Malayalam “Vidallada aa pattiye” meaning don’t leave that dog alone, “Adiyada avane”, (hit him.) The fight was so fierce that T.P.K Himself came out of his house (unusually odd) and started telling “Kids, stop fighting.” Anirudh literally started hitting him hard and so did Dharma Teja.

I must admit that the fight was so bad that for the first time in my life I saw Anirudh in tears. Then I had to push and kick Dharma Teja and ask him to decently go back home which he did. Dharma Teja had torn apart Anirudh’s shirt and he had bruises on his face.  The yelling and flaming was so ferocious that even security and other staff of our school started intervening the fight and at last it was over. Dharma Teja went back home and Anirudh and I walked back to his house muttering “Ennalum a pattiye enthina enne thalliyathu?” [Why did that dog hit me?”.

Though this incident was so serious and heart throbbing, we find it funny and we still laugh about it today. It’s been close to 4-5 years we met Dharma Teja, and if he happens to read this blog, I am sure even he would literally laugh out loud rolling on the floor.

I would like to end this article with a famous quote:

If you don’t do anything stupid when you’re young, you won’t remember something when you’re old – Unknown 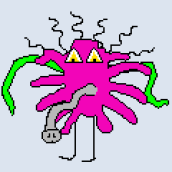 I'm a soft-skills trainer and a passionate entrepreneur. Read my blog and you will get to know more about me...

Your email address will not be published. Required fields are marked *